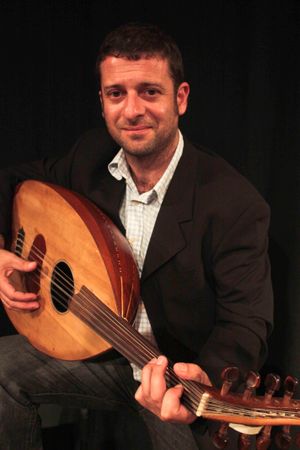 George Ziadeh was born and raised in Birzeit, Palestine, and pursued music from a young age. In 1986 he moved to the United States, where he studied ‘oud with Simon Shaheen and classical singing and voice with Youssef Kassab, with whom he has toured extensively across the country. George has performed and lectured with such ensembles and institutions as the University of Chicago’s Middle East Music Ensemble with Issa Boulos, the University of Colorado (Boulder), Alwan for the Arts, the United Nations (invited by Kofi Annan), and annually at the Columbia University Department of Ethnomusicology. In 2008, George was a featured solo and ensemble performer in the “Brooklyn Maqam” Festival of Arab Music. From 1995 to 1997 George taught at the Edward Said National Conservatory of Music in Ramallah and at Birzeit University. George is considered an authority in maqam and Arab classical repertoire.